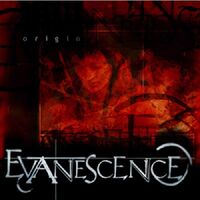 "Even in Death" is the seventh track on Origin.

Amy Lee says that this song is about loving someone so much that you'd bring them back from the dead. This song is 1 of 5 pre-Fallen songs played on radio. Additionally, Even In Death is the only pre-Fallen song ever to be performed live on radio.

Ben's vocals can be heard in the background at the chorus, behind his guitars and Amy's voice. The intro uses a sample from White Zombie's "Ratfinks, Suicide Tanks and Cannibal Girls", which was released four years prior. The same sample was also used later in Snow White Queen. The song also features a clip from "The Crow" movie. Read More...

Retrieved from "https://evanescence.fandom.com/wiki/Evanescence_Wiki?oldid=10098"
Community content is available under CC-BY-SA unless otherwise noted.