This is the wiki about the american rock metal group Evanescence and anyone can edit. We are currently editing 287 articles since October 2011. 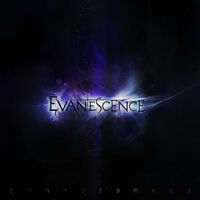 Made Of Stone is a song on the self titled studio album, Evanescence.

The 2nd track on Evanescence's self-titled album, Evanescence, the piano solo featured during the bridge of Made Of Stone is the same song Amy played in the "Meanwhile... in the studio" video she posted on her Twitter account on May 11th, 2011.

In a track-by-track interview with NME.com, Amy Lee talked about the song saying: "This is one of the oldest songs, this is something that was from that sort of more electronic phase that I was going through, a couple years ago. I love this one, I feel like it's strong and defiant and badass and it only got better when the band started really being involved in it and writing that guitar part and everything about it. I feel like it popped up in a big way when the guys got involved. But I've always loved that one, I think it has a very cool, dark, sexy quality." Read More...

Retrieved from "https://evanescence.fandom.com/wiki/Evanescence_Wiki?oldid=10099"
Community content is available under CC-BY-SA unless otherwise noted.