"Imperfection" is the sixteenth and final track on Evanescence's fourth studio album, Synthesis, as well as the album's second single. It was released on September 15, 2017.

According to Amy Lee, the song was written in the perspective of someone "left behind" following a loss: "I struggled with the lyrics for a long time because there was a lifetime of work to live up to and I wasn't sure what to say or how to be good enough. When it finally started pouring out of me, it was undeniable. I had no choice. It's for all the people we've lost, all the people who we could lose, to suicide and depression. I'm singing from the perspective of the person left behind, the person in the waiting room. It's a plea to fight for your life, to stay. Don't give into the fear - I have to tell myself that every day. Nobody is perfect. We are all imperfect, and it's precisely those imperfections that make us who we are, and we have to embrace them because there's so much beauty in those differences. Life is worth fighting for. You are worth fighting for."[1]

Amy's description of the song on the Synthesis tour program given to those who bought VIP tickets:

We realize it's quite unusual to have the fisrt single as the last song, but if you look at Synthesis as a whole, it is our story: From the beginning of our origins through both dark and beautiful hours, to what we have become. From the tiniest flicker of hope in our most painful and isolated moments, to the overflow of love we find when we finally reach each other: Imperfection is our soundtrack song to the story of Evanescence thus far, may it bring home this recurring truth: We are broken, but we are not alone. Sometimes it can be hard not to feel like the world is falling apart all around us. We're not numb to the pain we feel it. We even see the beauty in it. Life is pain and love and beauty and loss and so much more... We have to feel it to live it and it's worth it. Don't give into the fear. Never stop fighting, never give up hope, love is worth fighting for.

The recording process of the song can be watched here on the second episode of the Inside Synthesis documentary released prior to the album's release.

Amy said that the song became "more special" for her since the loss of her brother in January 2018.[2] 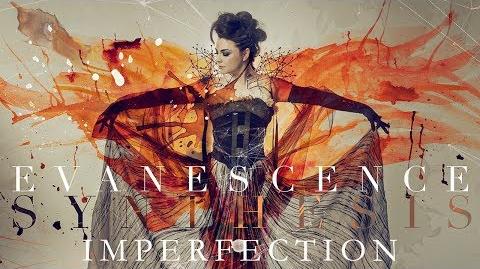 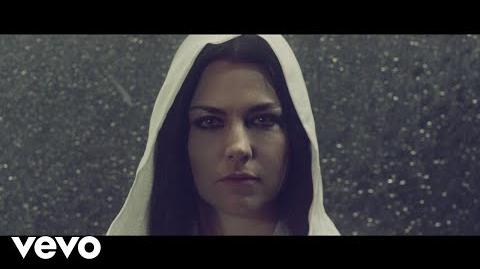 Retrieved from "https://evanescence.fandom.com/wiki/Imperfection_(song)?oldid=10751"
Community content is available under CC-BY-SA unless otherwise noted.