"Overture" is the first track on Evanescence's fourth studio album, Synthesis. It serves as the intro to "Never Go Back".

In the tour program given to VIP packages of the Synthesis tour, the song is given an explanation:

We begin at the beginning. From a single note we grow into a progression of one of our own very first songs, Whisper. 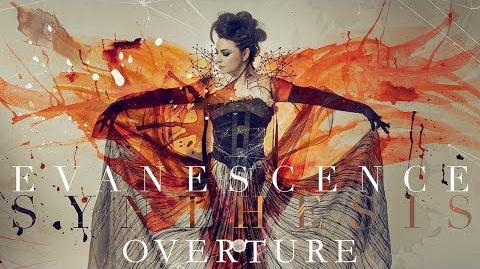 Retrieved from "https://evanescence.fandom.com/wiki/Overture_(song)?oldid=10605"
Community content is available under CC-BY-SA unless otherwise noted.