"Secret Door" is the sixteenth and final track on the deluxe edition of American band Evanescence's self-titled third album. An alternate, stripped-down version of the song is also included on Synthesis.

"Secret Door" was written by Amy Lee and Will "Science" Hunt and originally reworked from the scrapped 2010 Steve Lillywhite sessions for the band's third album, along with "Made of Stone" and "Swimming Home."[1] This scrapped album is referred to as "broken record" by Amy.

In an interview with Spin, Amy announced the name of three new songs included in the third album, among them was "Secret Door", a ballad played with the harp.[2]

On June 19, 2011, Amy posted a clip on her Twitter in which she's recording harp for this song in particular.[3]

On a Spotify fan interview in 2012, Amy discussed the meaning of the song:

I was having a recurrent dream. When I woke up every time all I could remember was this round door, overgrown with ivy and a really strong feeling of love- for something through the door. I wrote the song about love within a dream and the idea that reality is only the one you choose. 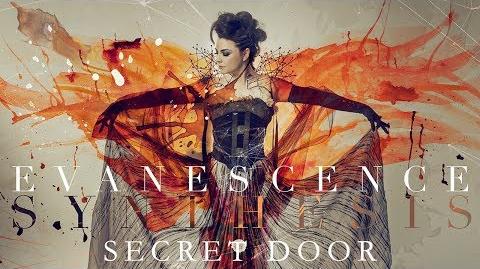