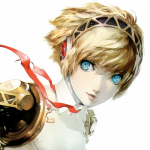 I've been a fan of Evanescence longer than I've been a fan of nearly any other musical artist or group. I first heard "My Immortal" circa 2009 and discovered the band's other works over time, though I took a hiatus after a while for personal reasons – then in 2017, "Imperfection" came out, and I attended the Synthesis Tour and became a fan all over again.

While I'm not as familiar with their fandom as some, I truly do love their music and will support the members as they go down whatever paths come into their fields of vision.

If we're counting bonus tracks, though, then "A New Way To Bleed" would definitely be #1 on this list.

Plus all the intros/interludes - especially "The In-Between".

Retrieved from "https://evanescence.fandom.com/wiki/User:KCCreations?oldid=9755"
Community content is available under CC-BY-SA unless otherwise noted.